I think that this page is a correct statement of our intentions.

Given my understanding of the current phylogenetic literature (and based on personal communications with Karin Kiontke), the correct guide tree would be: 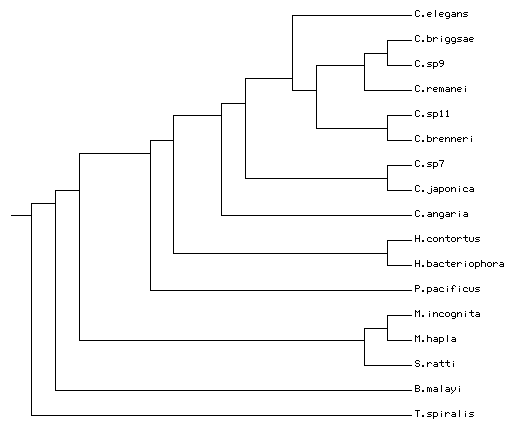